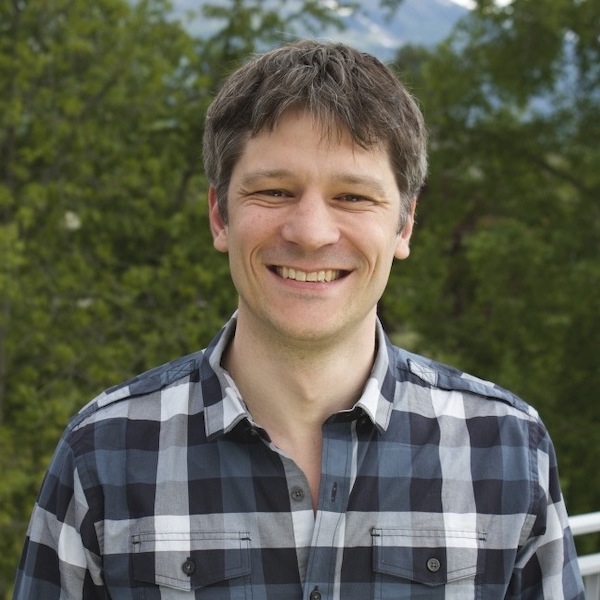 My research covers on a wide variety of topics related to neutron stars, pulsars, transients and binary systems. I am mostly interested in using them as tools for fundamental physics, such as probing matter under extreme densities and testing of gravity theories.

My work involves observational data taken across the electromagnetic spectrum, but primarily in the radio domain and in the near-infrared/optical regime. I specialise on data modelling, at the interface of theory and observations.

Millisecond pulsars (MSPs) are thought to be old, ‘recycled’ pulsars that have been spun up by mass transfer from a companion during a low-mass X-ray binary phase. Several of these binary MSPs have lightweight companions in compact, few-hour orbits. Called ‘black widows’ because the energetic pulsars strongly irradiate their companions and cause them to evaporate over time, these systems display a variety of unique properties such as radio eclipses and orbital variability in the optical.

I’m interested in the modelling of the light curves of these systems in order to measure the mass of these pulsars, which is an important proxy to constrain their equation of state. Furthermore, multi-wavelength study of these systems can provide valuable insights about the physics of irradiation and the properties of the magnetosphere and energy losses of pulsars.

Recently, another sub-class of irradiated systems called ‘redbacks’ – they contain more massive companions than black widows – have been observed to undergo evolutionary state-transitions: they switch between a radio-loud MSP-like state and a radio-quiet/X-ray-bright accretion state. These are extremely promising to understand the key link in the formation of the fastest known pulsars.

For the last 10-20 years, an increased fraction of the pulsar searching has been performed directly in the time phase-space (rather than in the Fourier phase-space). This enabled the discovery, among other things, of fast radio bursts (FRBs) which are highly dispersed, few-ms bursts. Their large dispersion measures likely puts them at cosmological distances and thus open a new window of opportunities for cosmology and the study of the magneto-ionic inter-galactic medium.

I’m particularly interested in the detection of new FRBs (as only a few have been discovered so far) and their sky localisation in order to figure out where they come from. In addition, I’m looking into the kind of science applications that these bursts can provide.

PSR J0737-3039A/B, aka the ‘double pulsar’, is the only known double neutron star system in which both neutron stars have been observed as radio pulsars. The 23-ms ‘A’ pulsar was discovered in 2003 by Burgay et al, while the 2.8-s ‘B’ pulsar was found a few months later by Lyne et al. The radio timing of the double pulsar has allowed for the most stringent test of general relativity in the strong field regime so far.

The double pulsar also displays unique 20-s long eclipses every time that pulsar A passes behind pulsar B, which is a fortunate consequence of the orbit being almost perfectly edge-on with respect to our line of sight. The work that I led on the study of the eclipses yielded the first quantitative measurement of relativistic spin precession in the strong field. Spin precession causes the B pulsar to oscillate like a spinning top about the orbital angular momentum. Incidentally, this also caused the radio emission beam of pulsar B to drift out of our line of sight in 2009, and so it has now disappeared! I predict that it will reappear in 2024, so stay tuned.